Novoline – Book of Ra Deluxe Slot Machine, How to Play and Play for free 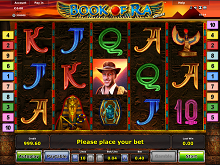 Many elements were taken from the original. Same symbols and free spins feature here. We are sure that many fans would have been disappointed if that had been changed. But a lot has happened in terms of graphics and effects. The symbols here are much nicer and now have a 3D effect. The sound has also been improved without completely replacing the well-known melodies.
What strikes you at first sight is that the new Book of Ra Deluxe now has 10 paylines instead of 9 like its predecessor. This certainly makes it easier for the players, because now you play with smooth bets and winnings are easy to understand. The smallest game costs 4 cents on a payline, so all lines start at 40 cents per spin.

The book symbol is the scatter and wild symbol 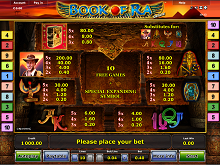 The deluxe slot machines from Novoline can basically be played in the same way as the old classics. There is again an autoplay function, a button for bet and line selection, and a gamble button if you want to double winnings on the Book of Ra Deluxe.

The value of the symbols is also according to the well-known scale: Numbers and letters provide many small wins, the "Pharaoh", "Queen" and the "Scarabeo" symbol mean medium-sized wins and the top wins come with the "Researcher" symbol .

The “Book” symbol is the actual symbol that spins everything in this game. It is also a wild symbol, scatter symbols to trigger free spins and also pays out winnings directly from a combination of 2. So everyone can imagine which symbol the players are after. 3 books mean free spins and a guaranteed instant win. After you have received your wild symbol for the free spins, this becomes a joker again on an entire reel and can produce full screens in rows. This element of the Book of Ra Deluxe is and remains the heart of this game and provides adrenaline rushes like no other game!

Home the game by clicking on the image

How to play Book of Ra

The Book of Ra probably plays the most important role in this game, not only that it serves as a scatter function and replaces every symbol on all reels, it triggers the free games with three books between reels one to five. The Book of Ra opens and now shows why it is probably the most popular Novoline game. A symbol from the book becomes the free Spins Scatter and will substitute for anything on any line once it appears on one to five reels. The highest win of five symbols on five reels gives a full screen of scatters and thus a fantastic multiplier of your winnings.

A typical feature of Novoline slot machines is the gamble button. With a profit you can now multiply your money by a lot. On Novoline slot machines, the gamble function is stored with cards, in which you simply have to choose whether you want a red or black card, if you decide on the right color, the win is doubled. However, you should only use this function to double any small winnings, because if you did not choose the right card suit, the entire winnings will be forfeited.

All in all, Book of Ra Deluxe is not just a graphically successful Novoline game, but a captivating slot machine with a lot of entertainment. See for yourself what this machine will do to you.

Here you will find reputable online casinos October 2022 without restrictions!

Magicwin.bet Casino Scam  SusanaThe operators, aka Jimi, have enough money in the background at every ... Read more now!2 days ago

To all the smart ones of you... Tri...  novostarI've seen some Youtube videos and a lot of them are just... Read more now!3 days ago

Magicwin.bet Casino Scam  SusanaThe operators, aka Jimi, have enough money in the background at every ... Read more now!2 days ago, 2 replies